Last night I had the great privilege of going to The S Word with a friend. Not only did we get to watch the documentary, but we got to listen to the people from the movie in a Q&A afterwards. It was powerful, beautiful, sad, and surprisingly hopeful. It was about life after a suicide attempt, about picking up the pieces and moving forward, about becoming a healthier person and using that dark moment in history as a catalyst for growth and change.

But I remember when that wasn't the case once upon a time. During my first few weeks of my first clinical placement as a psychologist-in-training, I remember coming face to face with the someone that had survived a suicide attempt. Although my life had certainly been touched by suicide before I met her, I had never been in such a position of responsibility or the role of a professional before. It was new and scary.

I met her less than a week after she had attempted to take her life. Aside from the exhaustion written on her face and the visible left-overs from her time in the hospital (ie, bandages, track marks), she was so much like me- same age, grew up in a similar place, liked similar music and movies, dressed alike (well, when I was in street clothes). Like me, she had a turbulent past and a troubled family. We were so alike that it felt like I was looking at what my life would've been had I made just a handful of different decisions in my past. And it was jarring.

I remember sitting with her, listening to her story and the regret in her voice that she "failed." She told me how angry she was with herself for "not even getting this right." She didn't want to die, but she had lost hope that she would ever make the "right" decisions about things or that her life could ever be more than stark misery. Working closely with my supervisor, we created a safety plan with her and her family members. I worked with her for the better part of a year, and she did come up out of the darkness-- mostly.

But I remember that first night, feeling so helpless and sad and scared for her. I remember mechanically checking in with my supervisor after the marathon intake session, declining her offer to process what had happened, and walking out into the night to my car. I remember the sounds of the crickets chirping and the hot, humid air touching my skin. I remember taking deep breaths and walking so carefully to my car so that no one knew how fragile I felt. I remember my head echoing with the phrase "there but for the grace of god." I remember buckling myself in and the waves of sadness and grief and relief crashing down. I cried for her. I cried for the me that could've been. I cried in relief that by some fluke I ended up in grad school on my way to becoming a doctor and not so hurt and alone and hopeless. I cried until I exhausted myself and eventually drove home.

Meeting her was one of those life-altering moments. Although I walked with her, metaphorically holding her hand, as she healed over the next year, I was the one that unexpectedly changed. She gave me a gift without ever knowing it, and I carry it with me even now. With every new person I meet, I know that the differences between us-- between sitting in the therapist's chair or the client's couch-- are result of impossibly small deviations in choice or chance. Like a small shift in the rudder of a ship at the beginning of a long voyage, those changes add up over time into very different lives...there but for the grace of god.

This realization shattered biases I didn't even realize I carried. It's not us vs them. It's just us. The S Word isn't a story about "them." It's a story about all of us that have hit a breaking point and survived.

Proud to be one of LA's "Most Inspiring Stories" 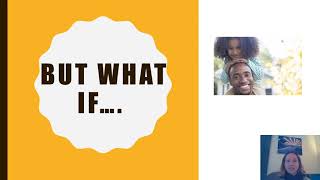 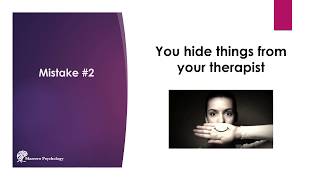 WHAT IS HEART RATE VARIABILITY (HRV) AND WHY DOES IT MATTER FOR HEALTH?

Expelling the Stigma Against Mental Illness

Scary but Necessary: Why we MUST talk about suicide